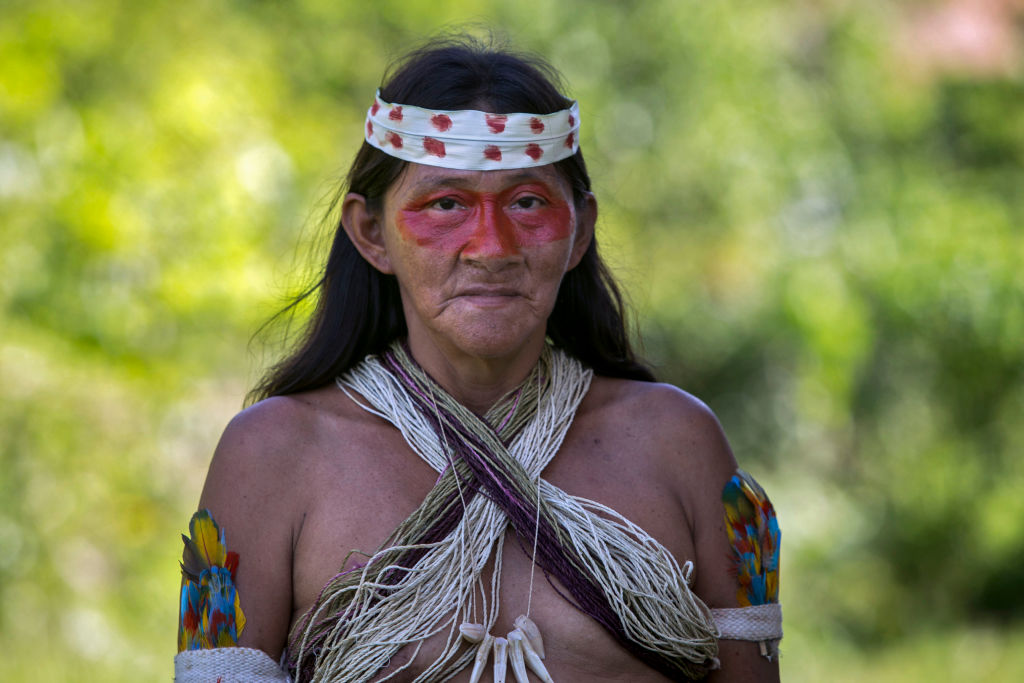 The Ecuadorian government had plans to drill in the Amazon rainforest on territory inhabited by Waorani hunter-gatherers. Against all odds, the Waorani won in court, setting a precedent for other Indigenous peoples in Ecuador and beyond.

In Ecuador, the government has the power to initiate energy projects and extract minerals on any land in the country, regardless of who owns it, Reuters reports. And that’s exactly what the government planned with an oil drilling project in the Eastern Amazon.

In 2018, the government announced it had divided the forest into blocks for drilling — and one of them included Waorani ancestral lands, putting their waterways and livelihood at risk.

The thing is, by law, the government has to consult the communities before drilling.

In 2012, the government sent agents to do just that, but according to Nemonte Nenquimo, a Waorani leader, she and other leaders were out on a hunting trip and weren’t consulted.

“We live on these lands and we want to continue to live there in harmony. We will defend them. Our fight is that our rights are respected,” Nenquimo told Reuters.

“Our fight is not just a fight about oil. This is a fight about different ways of living. One that protects life and one that destroys life.”

So, the Waorani took the government to court in an odds-defying lawsuit.

The Waorani, representing 16 tribes and some 2,000 individuals, argued that the government failed to consult them about the project. To emphasize their seriousness and to protest the fact that the case was heard in Puyo, a town far from Waorani land, many of the group’s representatives painted their faces and wore traditional dress in court.

During a hearing in March 2019, the representatives started singing a song about their traditional role as protesters of the forest, influencing the judge to adjourn the hearing.

A month later, members of the Waorani were parading through the streets of Puyo in triumph. The judge had ruled that the Waorani weren’t adequately consulted and the drilling was stopped.

“We have shown the government to respect us, and the other indigenous people of the world, that we are guardians of the jungle, and we’re never going to sell our territory,” Nenquimo told The New Yorker.

Mitch Anderson, Executive Director of Amazon Frontlines, a non-governmental organization that promises to aid Indigenous peoples in defending their lands, said in a statement that the ruling will help other tribes fight off drilling projects.

“This is a major precedent for indigenous rights across the Amazon,” he said.

“This is a huge step forward in the battle to ensure indigenous people’s rights over their lands are respected. Guaranteeing indigenous peoples’ rights to decide over their future and to say ‘No’ to destructive extractive projects is key to protecting the Amazon rainforest and halting climate change.”

Stand up for what you believe in

Clearly, if the government started drilling in your backyard, saying that they tried to consult you when you were out doing groceries, you’d be rightfully pissed off. But things like this happen to Indigenous peoples all the time in the Amazon and beyond.

The Waorani’s victory is a lesson that it’s worth standing up for yourself in any fight, regardless of the odds. And if — or when — you win, it could have lasting impacts well beyond your own situation.

If You’ve Been Abused and You’ve Lost Your Joy and Sense of Self
Toxic Help: 3 Signs Your Support Is Doing More Harm Than Good
Man Goes From Janitor To Principal Of The School He Cleaned For 27 Years
You Can Be Alone And Still Be Enough
The Powerful Truth Behind Janet Jackson’s Complex Relationship With Her Father