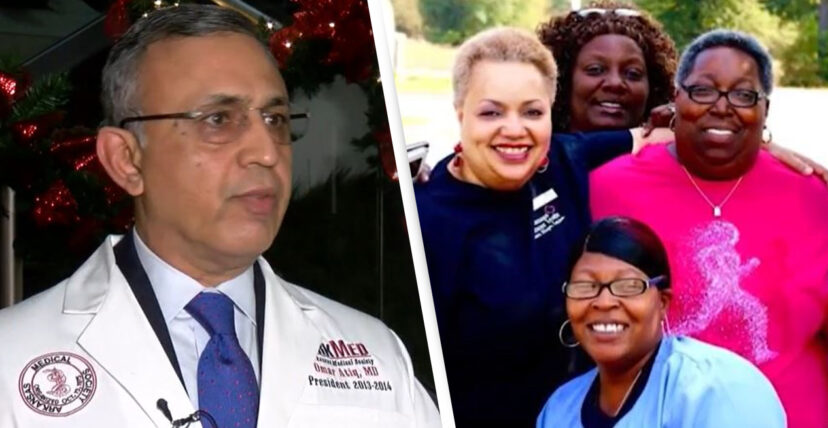 Along with its strain on frontline medical workers, COVID has also plunged patients deeper in debt.

But one doctor’s generosity has given many a brighter outlook to kick off this year.

The end of an era

After nearly 30 years, Dr. Omar Atiq was closing down his Arkansas-based oncology practice. One priority was figuring out what to do about the $650,000 of outstanding patient debt.

At first, he attempted to recoup payment through their billing company. However, he and wife Mehreen instead found the perfect cure.

Some people are just unable to pay

Realizing that there “are people that are just unable to pay,” they realized it was in their power to make a difference.

And so, around 200 of Atiq’s patients received a card from the Arkansas Cancer Clinic containing a surprise.

“The Arkansas Cancer Clinic was proud to serve you as a patient,” the card read. It also acknowledged that despite insurance coverage, even paying deductibles can be a burden.

“The clinic has decided to forego all balances owed to the clinic by its patients.”

Patients — some indebted thousands of dollars for cancer treatments — suddenly had a massive weight taken off their shoulders.

Over the years, Dr. Atiq has seen patients go bankrupt trying to make payments, something he says “feels like a totally unfair situation.”

Dr.Attiq realized that he was in a unique position to make a difference. With medical depth rising and cancer patients especially vulnerable to COVID, his gesture made a huge impact.

While it’s important to count our blessings, sharing them with others is even more powerful.

What Happened When I Stopped Drinking Alcohol Every Night
Surprise! My Audible Original on meditation is out now!
The Untold Story of Princess Anne, Queen Elizabeth II’s Only Daughter
New Year’s Resolution: Can I hit a golf ball 300 yards?
You Don’t Get To Choose How Someone Remembers You