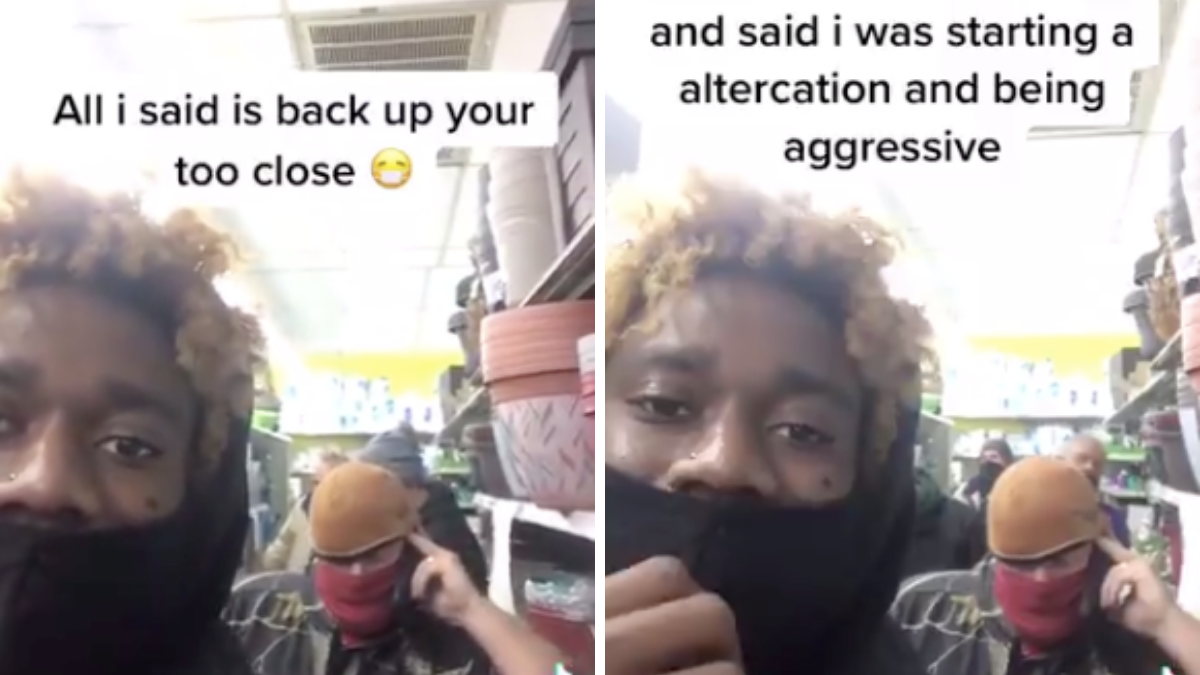 A TikTok user went into a store to buy a carpet, only to have a man call the police on him for no good reason.

What do you call a male version of a Karen?

For some Americans, racism is only something they see on TV or in movies — but for millions of others, racism is still a horrifying daily occurrence.

Take the case of TikTok user @yft_kel. He posted a video where he’s seen waiting in line when a white man named John got too close.

So, the TikTok user did what CDC guidelines recommend and asked the man to keep his distance.

Instead of simply obliging and staying six feet away, John allegedly called the cops on @yft_kel.

“This is what racism in Denton, Texas looks like,” the video states. “All I said is back up [you’re] too close… So he called the cops and said I was starting [an] altercation and being aggressive.”

In the background, you can hear John saying: “Now he’s gonna report me and take my picture. That makes him special.”

“Best thing to do is pray for people like this.”

Commenters knew he was in the wrong

In the comments, other TikTok users were quick to be supportive, showing that there are allies in the world who won’t stay quiet in the face of discrimination.

shariiiiii_ said: “Racism in Denton is veryyyy present, I’m sorry you had to go through this.”

Others urged the TikTok user to keep his head high.

“Young man you’re in Texas. That’s how most white boys from here are. Do you and never ever let them think they can get one over on you. Stay blessed,” dave0725 wrote.

tacticalwufei22 said: “They always think they are superior but fear our strength and quick to call the law.”

“Damn… I was hoping this was gonna be a joke when I first saw them. Turns out the guys in the background are just jokes in general,” snakeskinsanta said.

Call out racism when we see it

As toxic as social media can sometimes be, it has also helped democratize information and show what other people are going through, whether it’s being kicked out of a restaurant for being gay, or being clearly mistreated — as was the case here.

So let’s keep calling out injustice when we see it, as it’s one of the most powerful ways each of us can do our part in creating positive change.