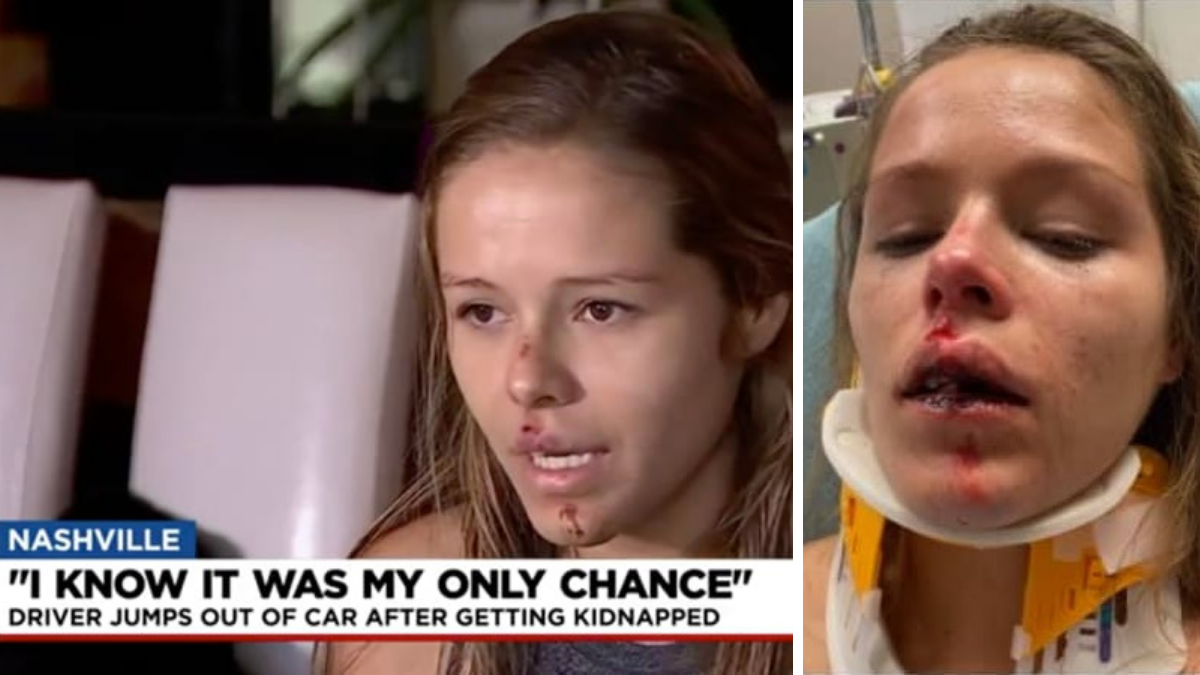 According to celebrity adventurer Bear Grylls, “Your best chance of thwarting an abduction attempt is in the first few seconds.” Fortunately, an Uber driver in Tennessee knew that in her gut and managed to escape a violent kidnapping.

Last May, Uber driver Carolina Vargus accepted a long-haul Uber trip from 51-year-old Christopher Miller to drive him from Nashville to Cleveland, Tennessee.

Days later, she accepted another long-haul trip from the same customer to go the other direction – but during the ride back, Miller pulled out a knife and held it to Vargus’ throat.

“He asked me for my cell phone, then he put the knife on my throat. I grabbed the phone. I had to unplug it because I had it charging,” Vargus told WDEF.

Then, she made a split-second decision that saved her own life.

“That’s when I jumped out of the car at that second,” she said.

Vargus tumbled out of the car and was seriously injured.

“I was in the middle of the highway. I broke three teeth, I hurt myself all over my body. A tire drove over my left leg. My legs are super swollen, I feel like a ball of fire on my leg,” Vargus said in a gut-wrenching video posted by the local news station.

Despite her injuries, Vargus has no regrets.

“It was so scary. It happened to me. Just listen to yourself, if you do not feel safe in a situation or place, take action,” she said.

“Don’t wait, one second can really really save your life,”

As for the attacker, he was arrested and charged with kidnapping an adult, possession of a weapon, and hijacking a motor vehicle.

Experts confirm that Vargus is right. The first seconds of an abduction could really be the difference between life and death, because if the kidnapper takes you away authorities may not be able to track you down.

Take this as a reminder to take action and follow your gut — even if a literal knife isn’t at your throat it might be how you’ll save your own life.

At 288 Lbs, This Woman Transformed Herself After Setting An Ambitious Goal
Podcast: How to celebrate your big milestones
When You Fall In Love With Yourself, You Become Limitless
The Goal Isn’t Happiness
The Jaycee Lee Dugard Story | Surviving Captivity Against All Odds | Goalcast