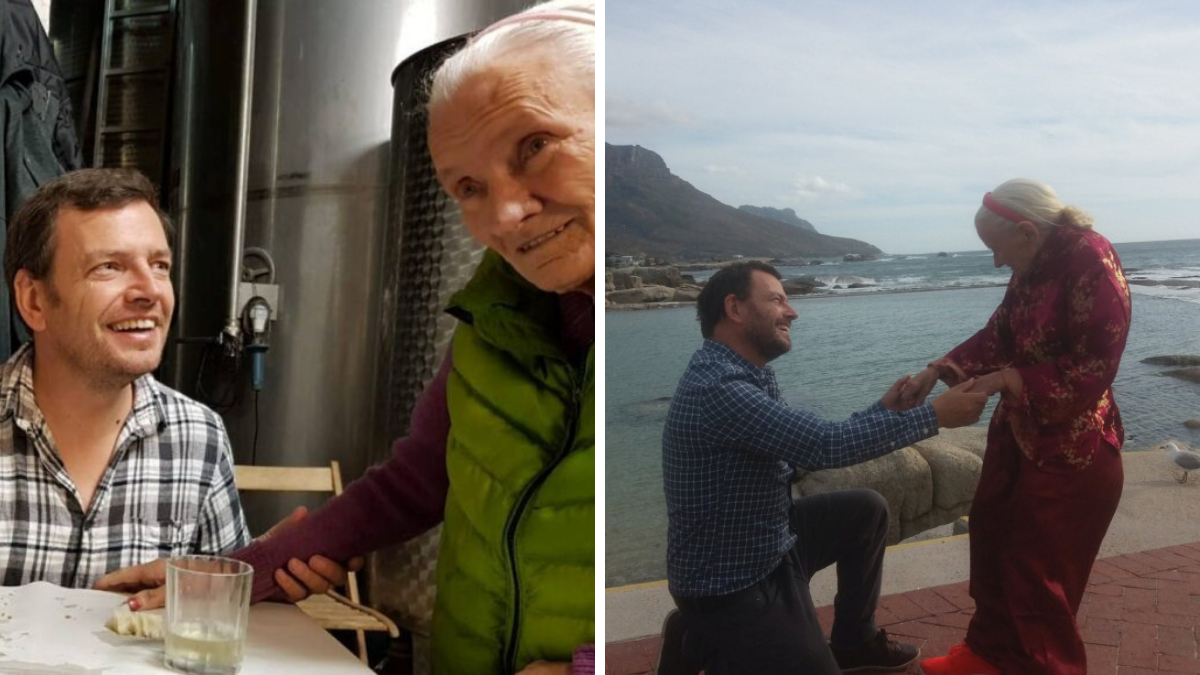 A loving son took his mom, whose health was steadily declining with Alzheimer’s and who lived in a care facility, on a trip to Nepal. What happened there wowed doctors and allowed this mother to thoroughly enjoy her final years.

Sad decline for a loving mother

For 44-year-old Sean O’Sallaigh, growing up in Dublin was tough, but it would have been impossible to make it through without his mother Mary.

“She was the best thing in my life. Unconditional love is a thing you don’t get often, and she always gave it, even though she had a tough life,” he told Good News Network.

Sean eventually left Dublin for Rome, but when his mother got diagnosed with Alzheimer’s in 2003 at the age of 77, he made frequent trips to see her.

As her symptoms worsened, Mary was placed in a care home a year later, but Sean didn’t feel it was right for her. So, he decided to to take her on a trip to Nepal and escape winter. That’s when everything changed.

They took a transformative trip to Nepal

While in Nepal, Sean and Mary went out more than they would have in cold Ireland.

“It was warm and she was able to go out so much,” Sean told GNN. “We would walk by this lake and watch the children playing. They would come and sit with us at cafes and talk to her all the time and she to them.

“I would take her hair brush out with us and the children would brush her hair. They called her Grandma, and she would say ‘namaste’ to everyone. We were there during a festival called ‘Happy Holi’, where they throw colored powder up in the air. They asked me if they could throw some over her and she loved it.”

“I thought Alzheimer’s was just a decline, but when we got to Nepal she started to regain capabilities. I couldn’t understand it and the doctor there told me it was all the new stimulation. Everyone wanted to talk to her and she loved it.”

Their travels continued to her last day

Seeing his mother improve, Sean decided to take her to his apartment in Rome. She loved going to his favorite restaurants and seeing all the little churches, GNN reports. When the weather got too hot, they went to Umbria where Mary found the found the cows and goats with bells around their necks “hilarious.”

“Everyone she met in Italy talked to her and wanted to give her a kiss,” Sean said, “she loved it.”

Then, they went to South Africa where they hired a lovely caretaker named Gloria. “She used to put Mom’s hair in lovely little plaits which she loved,” he said.

But while in South Africa, Mary got a chest infection and died at the age of 83 in May 2019.

“I had to put my life on hold to look after her like that, but it gave me so much too,” Sean said. “People thought she would be a burden but she just never was. We had a really difficult time when I was young, and we only got through it because we had such an amazing mother.”

“When I would put her into bed at night sometimes she would say, ‘you are good’ or ‘I love you’, and that was enough for me.”

As heartbreaking as the end of this story is, it’s beautiful at the same. Yes, Sean may have lost his mother, but he was able to spend those critical final days with her and see her Alzheimer’s improve.

This story is a reminder to cherish the moments we have with our loved ones, and it’s also evidence of how transformative travel can be.