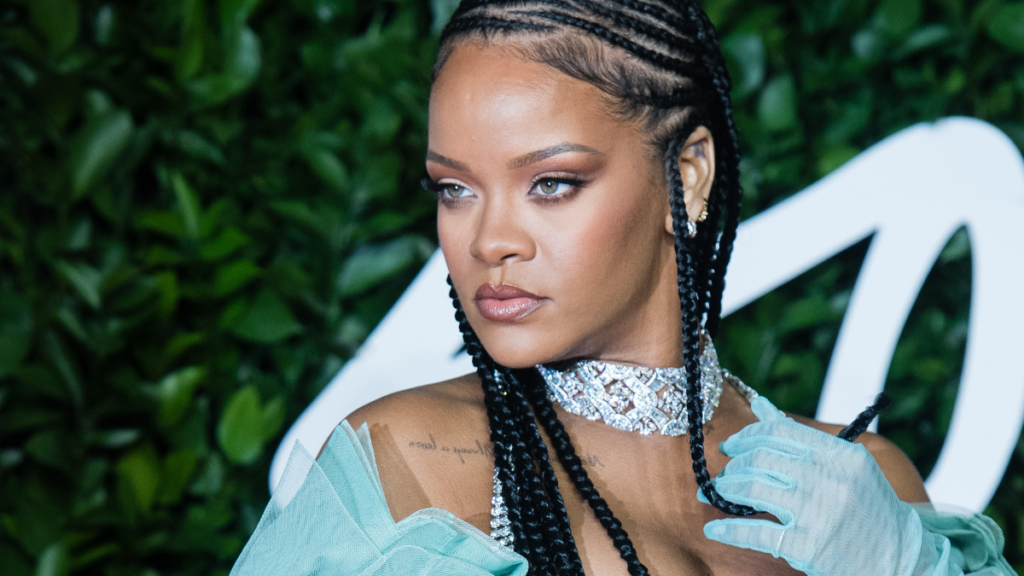 Rihanna might be one of the most beloved, celebrated personalities in the world, but there’s an undeniable sense of mystique surrounding her personal life.

It’s likely because the 33-year-old musician and entrepreneur goes above and beyond to keep her domestic affairs under wraps. She’s a master at methodically curating her image to only advance initiatives that are near and dear to her heart, whether it’s the Fenty brand or her charitable endeavors. You won’t see her putting on a show and flaunting her loved ones on social media.

As a result, many are still unaware of Rihanna’s extended crew of brothers and sisters scattered across the world. This doesn’t include Rihanna’s two younger brothers, Rorrey and Rajad, who’ve been known to the public since the artist’s breakout. The fact that these family members have operated incognito through all these years does raise a few suspicions about her background, so it’s high time we take a closer look into the Fenty clan.

The siblings reveal how they initially met RiRi, and where they stand with her today

UK publication The Sun revealed in 2011 that the entrepreneur has a much bigger family than previously believed. Not only did the newspaper break the story, but they also managed to cinch an exclusive interview with the siblings. The siblings, Kandy, Samantha, and Jamie, are older than Rihanna and were born to different women her dad Ronnie had slept with prior to meeting the singer’s mother.

It’s no secret Ronnie has been a thorn in Rihanna’s side for a long time. Though father and daughter enjoyed relatively peaceful relations during her childhood, it went downhill as Rihanna became older and started pursuing a career in music. Ronnie was a serious perpetrator of domestic violence, and his womanizing ways only exacerbated the situation. You’d think he’d straighten out his life when his daughter achieved global stardom, but he decided to instead leverage her fame to consort with the tabloids and sell ‘insider’ stories about her, fetching himself quite the monetary gains.

We went to a local restaurant and had some photos taken with her. She was so funny, fooling around to make my daughters laugh […] Since finding out she was my sister I’ve followed her career closely and like to read what she’s been up to.

Kandy to The Sun

His irresponsible behavior hasn’t just hurt the Umbrella performer; it hurt her older sister, Kandy, too, but in a wildly contrasting fashion. Whereas Ronnie ostentatiously exploited Rihanna’s celebrity status to maximize his earnings, he had no idea of Kandy’s existence until she showed up at his doorstep as an adult woman. The revelation floored him, but he still made an effort to introduce his eldest to the rest of the family — as awkward as it may have been.

The Sun reported that Kandy herself didn’t have a clue about her biological father growing up. She was raised by her grandparents because her mother moved to the UK shortly after her birth. While reconnecting with her mother in east London, she learned about Ronnie and decided to track him down after returning to Barbados. Thankfully, he invited her and her children out to dinner to meet 15-year-old Rihanna and his young boys, and the entire group ended up having a wonderful night.

It was a similar development with Rihanna’s other sister, Samatha. Unlike Kandy, Samantha had had some sort of a connection with Ronnie as a toddler but lost all communication when he moved to Canada to become a chef. Only after he returned to Barbados were they able to patch up and become a part of each other’s lives again. That’s when Samantha met a three-year-old Rihanna, and according to The Sun, it was a purely magical moment. Samantha absolutely adored baby RiRi and identified her as a “mini-me” version of herself. A pal reportedly said, “She was the sister Samantha had always wanted.”

What’s heartwarming is that Samatha’s mother became well-acquainted with Monica, Rihanna’s mother, and so they were able to build a beautiful blended family for a little bit. “The children all got on well, and Ronald would invite them over for sleepovers, and they’d go to the beach and amusement parks together. They were one big happy family when they were together,” reported The Sun. Samantha works as a policy consultant for Caribbean regional governments, while Jamie works as a graphic designer in the same town. They’re allegedly still close to Rihanna, and she still makes it a point to get together with them whenever she’s back in town.

I’m very proud of what she’s achieved […] I’m not jealous of the fame or fortune — I live a simple life out in the country but I’m very happy with what I have.

Kandy to The Sun

Unfortunately, the same isn’t true for Kandy, who’s lost contact with Rihanna and doesn’t get the opportunity to speak to her anymore. Kandy told The Sun that Rihanna’s big break in the U.S. necessitated certain privacy measures, and the new phone number was available to only a select few; unfortunately, Kandy didn’t make the cut. Yet, she’s not in the least dissatisfied or resentful of her half-sister. She greatly admires Rihanna’s talent and is tremendously proud of her advocacy work.

Kandy, who works at a pharmacy in Bridgetown, maintains that she’ll support her sister in each and every one of her endeavors and is capable of doing so without feeling the slightest hint of jealousy. It’s an odd choice on The Sun’s part to even pose such a question at Kandy, but the pharmacy assistant has no qualms about addressing the issue. She said that she’s content with her life and children, and wouldn’t want to swap this ordinary yet meaningful life out for one brimming with riches.

It’s impossible to anticipate the changes life has in store for you. If Kandy hadn’t tracked down Ronnie, or if Samantha hadn’t gotten a hold of her long-lost father, at just the right time, Rihanna wouldn’t have been able to experience the love of siblinghood. Yet, just because you’re completely familiar with them doesn’t make them any less special. If given the opportunity, you should embrace your ‘found family,’ whether biological or not, however you can. Of course, it’s not always feasible to maintain a tight bond with them; people move on, get busy, and find themselves occupied in other areas, but that doesn’t mean they’re any less meaningful to you or your journey.

Sometimes it’s more than enough to keep them in your heart and wish the best for them. If you get the chance to interact with them, fantastic – but if you don’t, you can still rest assured knowing that you’re family in some way or the other, and nothing can take that way.

Toxic Help: 3 Signs Your Support Is Doing More Harm Than Good
How Disney Disrupted its Industry by Disrupting Itself (i4cp login required)
The Ultimate Pump Up Song! “MAXIMUM” (Official Lyric Video) Fearless Motivation
Pursue Meaning, Not Success
You Can Be Alone And Still Be Enough