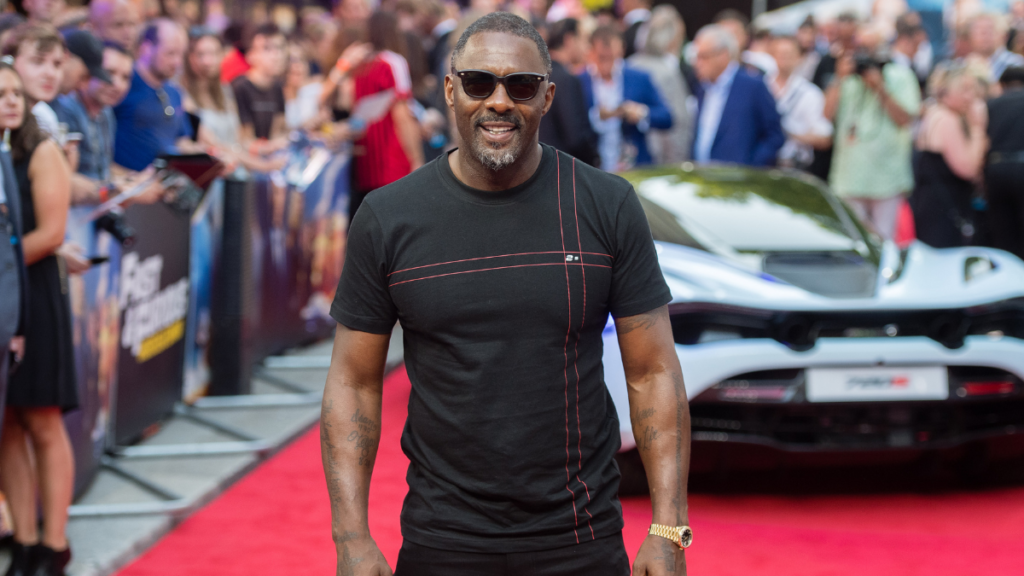 Even the best among us can falter.

Idris Elba has firmly established his status as a leading sex symbol of our times, someone who radiates class and sophistication at every turn. He’s the absolute picture of finesse and elegance — someone you wouldn’t expect to lose their composure in the most threatening of circumstances. He himself admits that his cool-as-a-cucumber ‘playboy’ profile has worked to his detriment and led to a number of misunderstandings about his background and personality.

Yet, as Idris reveals, he’s not perfect and has let his rage get the better of him more times than he’d like. It almost cost him his relationship with his wife Sabrina Dhowre, whom he married on 26 April 2019 in Marrakesh. There’s an unfortunate association between masculinity and anger issues, but instead of submitting to this abject stereotype, the 48-year-old actor decided to put his foot down and work on his vulnerabilities in cooperation with his wife:

Idris Elba opened up about his fiery temper in an episode of his podcast Coupledom, which he co-hosts with his wife. As per his own admission, he’d been quite stressed in the early days of seeing Sabrina and had been prone to blowing his lid and experiencing “anger tantrums that were like explosions.” Whenever he’d go through one of these furious episodes, Sabrina would stop the conversion right in its tracks and ask him, “Who are you?”

Instead of calming down and falling over himself to reconcile with her, Idris would issue an ultimatum to her and ask her to leave if she couldn’t cope with his hysterics. “I was always the first to say, ‘Hey, if you’re not happy, leave. Move.’ It was kind of like a male instinct,” he said in the podcast.

Sabrina and I, very early in our relationship, I was very stressed so I had these massive anger tantrums that were like explosions.

That’s undoubtedly a drastic move on Idris’ part, but anyone who’s ever been in the throes of a temper tantrum can attest to how it effectively functions as a debilitating spasm, a paralyzing sensation where you see red and nothing else. You’re suddenly not in control of your frustration, and you feel it burning through you like wildfire. It doesn’t justify any of your actions that take place during or following the meltdown, but it does speak to the criticality of keeping your emotions in check and learning how to express them in a healthy, productive way.

It’s all too easy to repress them in fear of disappointing your loved ones or swerving off from your supposed identity — as was the case of Idris and his notion of masculinity — but keeping them bottled up is only a recipe for disaster. Not only does it bring out the worse in you, but it often forces the other person, the recipient of your wrath, to counter with equally destructive behavior. Idris’ confession of being a selfish, toxic partner might be hard to digest for some, but it does convey his ability to keep it brutally honest in the face of adversity.

Sabrina took an unconventional route to help him control his rage

Thankfully, Idris’ partner Sabrina remained mindful of her responses every step of the way. She didn’t engage with his cycle of infuriation and provocation and would instead tell him that she doesn’t want to fight. She didn’t want to fall into the trap of trying to strike back at his hissy fit with her own flare-up, risking an intractable frenzy of anger that does no one any favors.

Idris confessed that both he and his wife are “strong personalities,” and so neither would let the other get away with the last word so seamlessly. In Sabrina’s case, she’d much prefer to hold her ground and refrain from raising her voice than partake in the uproar. As it turns out, her pacifist stance is just what Idris needed to subdue his ire and approach difficult situations with a clear head and a logical thought process.

Sabrina and I both have strong personalities and typically it’s Sabrina who says, ‘Look, I don’t want to fight. I’ve been getting better at it recently but when I do it, I get nothing back. When she does it, I go, ‘Thank you.’

It’s not like he’s wholly obliterated his furor, but he’s been successful at toning it down to the point that it no longer impacts upon his marriage quite so intensely. These struggles don’t disappear overnight, so the key is to be patient and maintain your trust in your partner. If you’re both conscious of your intention and end outcome, it becomes possible to take the necessary measures and stay out of trouble. Idris Elba is extremely alert to his wife’s demeanor at this point, so he won’t risk throwing himself into a conniption if he knows there’ll be little to no reaction on her end. It’s incredibly clever and thoughtful of Sabrina to take the high road and evade an eruption at all cost.

As you meet someone and become attuned to their way of life as well as their natural impulses, you have to prepare yourself for all possibilities. Sometimes, you’ll realize that the resistance is simply not worth your time and that it’s more prudent to pack your bags and leave them with their mess. But sometimes, you’ll find it’s far more comforting to help them find a solution for their dilemma and pitch in however you can. Sabrina took the latter route, and as a result, Idris became empowered to rein in his anger and be a better partner to his wife.

Sabrina has nothing but the utmost love and admiration for Idris in any case. In the podcast, she gushes about him at length, calling him her “best friend” and declaring she wants to be around him every day of his life. At the same time, it’s thrilling to discover new characteristics about him on a daily basis and to continue building their relationship in the footsteps of personal growth.

Keep your composure when the going gets tough

Idris and Sabrina working together to mitigate the setback rather than withdraw into their separate corners is proof that if you love someone enough, you’ll be able to get through the rough patches. It’s not always going to be consistent or intuitive, but as long as you and your partner understand each other and are willing to present a united front to sort the debacle, it’s worth a shot. It’s during these fragile times when you may find yourself slipping into toxic, poisonous patterns, so keep your head down and let your composure guide you.

Organizations are Merely Guessing in the War for Talent (i4cp login required)
Psychological Trauma: Symptoms, Signs, and Life Impact
Honoring Lost Loved Ones: How I Carry My Son’s Memory into the Future
The Profound Joy That’s Possible on the Other Side of Addiction
The News Negativity Bias