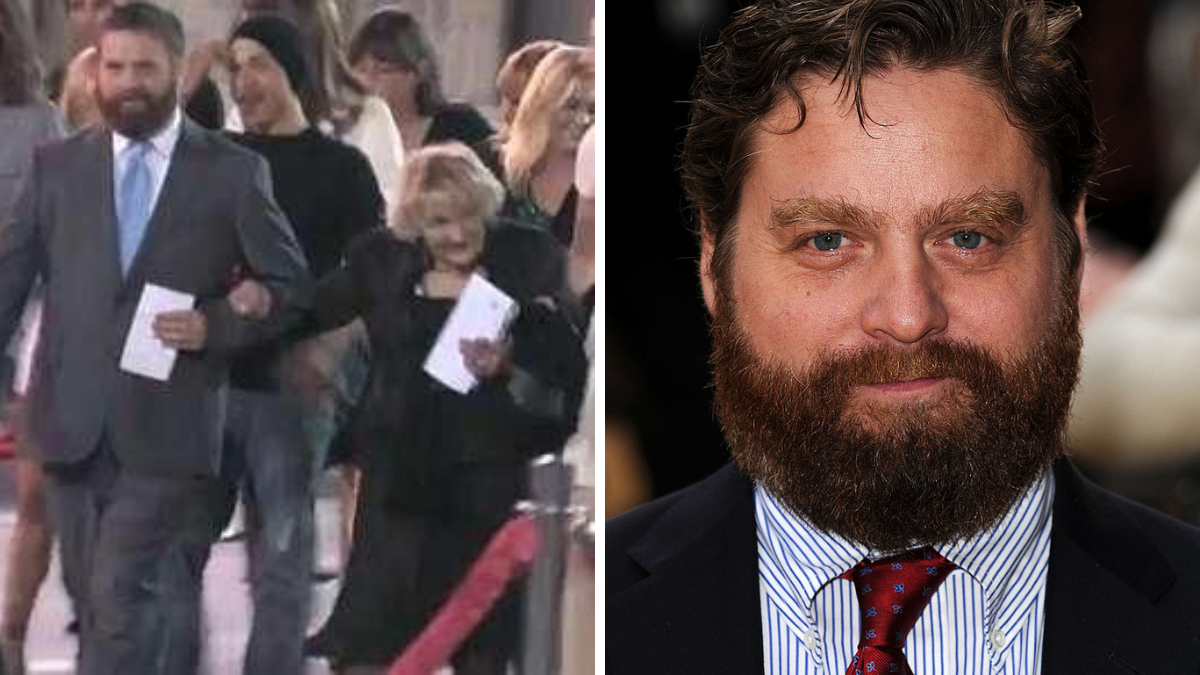 In legendary bro-comedy “The Hangover,” Zach Galifianakis played Alan Garner, an immature, unpredictable goof whose friends can always count on him. It turns out he’s that way in real life, as one unsuspecting gem of a woman found out.

He was an unknown comic when they met

While you might not have seen her on the silver screen, Elizabeth “Mimi” Haist of Santa Monica California is a celebrity in her own right.

The bubbly 87-year-old woman with friendly bright blue eyes has worked as a laundrywoman at Fox Laundromat for almost 20 years. There, she depends on tips from customers to get by. She’s also known for helping her community in any way she can.

Although she has no family left, she loves meeting new people.

Working at Fox, she had struck up a friendship with an unknown comedian named Zach Galifianakis, who had been performing in the back of burger joints trying to get his big break.

With the mega-success of the first ‘Hangover’ movie, Galifianakis stopped coming by the laundromat. (“Maybe he has his own washer and dryer now,” she later told the Daily News).

Despite his success, Galifanakis remembered the bond they shared. So when he learned that Haist was homeless and staying with friends, he decided to do something about it.

He found his friend and put her up in an apartment, paying her rent and utilities. He also introduced her to friend and fellow actress Renee Zellwegger, who furnished her place.

That was just the start.

To top it all off, he took her to the opening night of “The Hangover Part II” and “The Campaign” . According to Haist, he picked her up in a limo in front of her new digs, like a true A-List celebrity.

“If he’s in town, he takes me. Otherwise he lets me take a friend. I dress up nice and a friend helps me with my makeup. It’s fun, not something I’ve ever dreamed I’d experience. The limo takes me home afterward”

Haist says she gets a kickout of the reaction she gets.

“All the fans were taking photos and I waved at them, I said, ‘They don’t know who I am!’ “she says.

“Afterwards, they have a party at somewhere close by and you meet the stars. I drink lemon drop martinis with Grey Goose vodka.”

In an interview, Galifanakis said that though he’s not a fan of the red carpet treatment, seeing Mimi soak it up makes it worth it.

“Mimi helps me feel better when I see her there. I’ve always tried to invite her to things like that”

Maya Angelou famously said that “At the end of the day people won’t remember what you said or did, they will remember how you made them feel.”

Without question, Galifanakis is a Hollywood outlier who’s stayed grounded despite the fame and riches. His big heart and valuing of people over glamor deserve critical acclaim.

At the same time, there’s something to be said about Mimi’s big heart. Her sweet, selfless soul made such an impact that when she needed help, Hollywood came to her rescue.

It just goes to show that kindness leaves an imprint lasting longer than any star of fame.

The Vault in Our Hearts: How I’m Learning to Fill It with My Own Love
Organizations are Merely Guessing in the War for Talent (i4cp login required)
If it was easy then it wouldn’t be life (Life Terms Official Music Video)
Why I Relied on My Ego to Survive but Now Need My Soul to Thrive
Want Strategic HRBPs? Embrace Hybrid Work. (i4cp login required)